Garden and nature at its best: the beautifully landscaped and rambling garden reveals unexpected possibilities of making a retreat. Relax on one of the many terraces or in one of the secluded niches. Framed by trees, bushes and flowers, far away from the madding crowd, you can give free rein to your thoughts or simply enjoy the peace and quiet of nature.

Whether wild garlic, roses or lavender … you are greeted on the terrace already and in the garden by the heady fragrance of the many flowers and plants. Take a deep breath and enjoy nature at its best!

One of the largest magnolia trees in Southern Germany stands in our garden. Every year, guests and friends alike come to admire the sumptuous flowers when the tree is in bloom.

This year, Silvia Laubenbacher from a.tv (local TV station) came to visit and wrote an article about our garden for the garden magazine “Gartenträume“.

In interviews with the proprietors Veronika and Michael Dey and Kurt R. Schmidt, Mrs Laubenbacher found out all kinds of interesting facts about the magnolia and the beautiful garden.

Gerhard Niederhof, an artist from Gilching, visits us every year to paint our magnolia tree.

History of the Magnolia

Dinosaurs might well have lived among magnolia plants as it is known that the magnolia tree grew then. Originally, the plants belonging to the magnolia family were at home in East Asia and America. There, they still grow today to perfection in the wilderness. Over time, they also proliferated and spread to Europe.

During the ice age, i.e. some 2.6 million years ago, magnolia only grew south of the Alps. It was not as cold there as in the north. As the earth became warmer again, these beautiful plants – in contrast to spruce trees, birch trees and alder trees – were unable to “cross” the Alps and remained unknown in Central Europe.

It was probably in the 18th century that the English botanist Plukenett travelled to Florida where the tree continued to flourish naturally. He was so impressed by the profusion of flowers produced by the shrub that he brought it back to Europe with him. Plukenett named it after the French botanist Pierre Magnol, who together with Carl von Linné later set about systematising the plant kingdom. Several magnolia plants were planted in the Royal Gardens of Paris in 1755. Monsieur Darquistade became known then as the magnolia pionier. 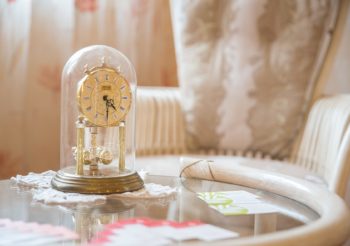